skip to main | skip to sidebar

THE COMPLETE DION & THE WANDERERS 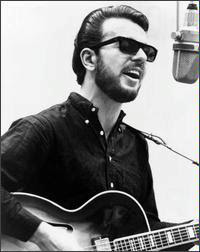 Since neither Sundazed nor Columbia came up with the idea of releasing this set officially, I had to go and do it myself.

Here it is: THE COMPLETE DION & THE WANDERERS.

A little history:
Dion DiMucci is one of the few enduring stars of the doo-wop era. A hitmaker with THE BELMONTS in the late 50s, he remained a hitmaker as a solo act in the early 60s. He then became the first rock'n roll singer to sign with Columbia Records, and the hits kept coming.
And then, out of the blue, he changed direction and started cutting some gritty blues covers. Columbia didn't follow him down that road, and they only released a handfull of sides, when they had more than enough material for a whole album.
He changed direction again and decided to play folk-pop. He wrote some songs, chose some good covers, his friend BOB DYLAN gave him a couple of tunes, and he put together a band, which he named THE WANDERERS.
They went into the studio with genius producer TOM WILSON. Wilson had worked with Coltrane, Sun Ra, Dylan... and would later produce The Velvet Underground, The Mothers of Invention, Soft Machine... In my book, if he's not the best record producer ever, he's second only to PHIL SPECTOR (incidentally, Dion worked with both).
There were exactly two sessions, on September 20th and October 4th of 1965.
The twelve songs they recorded all showcase superior, unique genius. Dion is at the top of his game both on vocals and on guitar, his songwriting is diamond perfect, his band is loose just the way I like it, that Tom Wilson sound is unmistakable, this is better than perfection, this is heaven.
Yet, for some mysterious reason I cannot and will never understand, Columbia shelved the whole thing. They released a couple of 7" and left everything else in the vaults.
Dion at this time was addicted to heroin, too weak to fight back. Instead, he bought himself out of his contract, cut a remarkable reunion album with The Belmonts for ABC Records, and then went back to his old label, Laurie Records. For Laurie, he went full-fledged folk, and his first folk single, ABRAHAM, MARTIN AND JOHN went top five. Dion was back. So Columbia decided to release an LP with some of the songs they'd been sitting on.
Released in 1968, WONDER WHERE I'M BOUND contains five songs from these sessions, four from his previous blues period, and one doowop from 1963. Although it's a great collection of songs, it's also an incoherent mess. Plus, in 1968, folk-pop was smelling funny, and the album flopped.
Here's what they should have released: 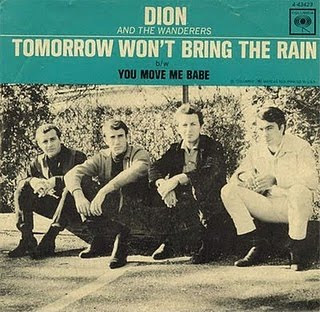 WHO ARE THE WANDERERS?
If you are as obsessed as I am, you might wanna know who plays on these tracks. You can see them on this picture.
CARLO MASTRANGELO plays the drums. He was already in The Belmonts.
PETE FALCIGLIA plays the bass. Also an Italian-American from the Bronx, he cut a couple of sides as a lead singer with The Belmonts for Sabina Records, after they'd split with Dion.
JOHNNY FALBO is a session man, a great guitar player.
Not on the picture, AL KOOPER needs no introduction, he's an extraordinaire session man and a great singer-songwriter in his own right. He plays the piano and the organ on these tracks, as anyone with ears could tell.

So there you have it, an album that never was, a missing link in the history of American music. I hope you enjoy it as much as I constantly have for many months.
Publié par Whistle Taste à 12:53